Composite is the most esthetic direct tooth-colored restorative material. Improvement in resin-based composite technology has increased the acceptance of this material among dental professionals particularly for posterior teeth. Composite should be strong enough to prevent bulk fracture. In this study, we compared fracture resistance of bulk-fill composites with flowable liner underneath bulk-fill.

Materials and methods: In this in vitro study, 20 teeth were divided into 2 groups of 10 each. Ideal class II cavities were done, Group A was restored with bulk-fill, and Group B was restored with flowable composite underneath bulk-fill. Fracture resistance of the teeth was measured by a Universal Testing Machine.

Conclusion: Within the limitation of the study, it is concluded that flowable composite underneath bulk-fill improves the fracture resistance of the teeth when compared to only bulk-fill.

Dental composites are restorative materials which are formed by the combination of two or more chemically different materials that have properties better than the others.1 The properties of its individual components are inferior to the overall properties.2

They are useful as tooth-colored restorative material which replaces the defective/diseased portions of tooth structure. Three primary ingredients which are present in restorative composite are organic resin matrix, inorganic filler, and an intermediary coupling agent.3,4

Composites have become the restorative material of choice overtaking amalgam restorations because of the potential toxicity of mercury and unaesthetic appearance.5 Bulk-fill composites are a type of direct posterior composites with better wear resistance due to the addition of nanoparticles which enable the clinician to place them in increments of 4 mm.6 Bulk-fill composite is used because it increases the efficiency of dentist and saves time. But adaptation of bulk-fill on the tooth surface is an issue which can be improved by application of flowable composite underneath the bulk-fill.

Flowable composites have small particles which results in the decreased viscosity and hence the name.7 Due to their wettability and low viscosity they flow readily into the cavity and adapt well to the anatomy of the cavity. When used in conjunction with packable or hybrid composites they have been found to give better clinical performance.8

The main problem with resin-based composites is that they fail more often due to fracture which has been demonstrated in many clinical studies.11–14 However, better composite materials are being manufactured with superior mechanical property.15,16 Tetric Evo-Ceram, a nano-hybrid bulk-fill composite, is claimed to have the advantages of increased depth of cure,17 and better creep resistance over the conventional materials, which is due to the modification of filler particles and organic matrix.18,19 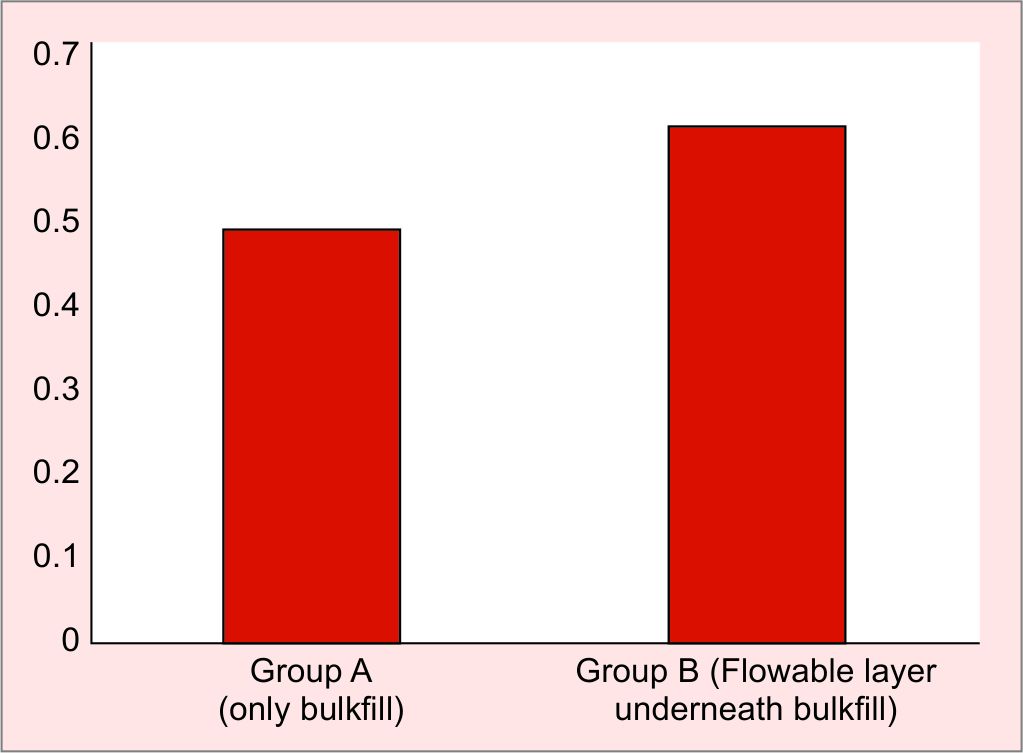 Fig. 1: Fracture resistance of Group A and Group B in kilo Newton

Twenty recently extracted (for orthodontic purpose) intact premolars were selected for this study. The exclusion criteria for tested teeth were any visible cracks, fracture, and caries. Any calculi or soft tissue deposits were removed and they were randomly divided into two groups of 10 teeth each, total 20 teeth.

The selected tooth were mounted in resin, so that they remain 1 mm above the CEJ. Teeth were positioned at the center of plastic ring which acted as a jig for mechanical testing.

Ideal Class II cavities were prepared with a depth of 4 mm, Isthmus width of one-fourth of intercuspal distance, axial wall of 0.4–0.6 mm width, and gingival seat of 0.6–0.8 mm width. The cavities were prepared with #245 tungsten carbide bur (Mani), under high speed with air water coolant. Etchant (d-Tech) 37% phosphoric acid Etch and Rinse was applied for 15 seconds; then rinsed with water for 10 seconds and dried with cotton pellet for 5 seconds; bonding agent Meta and P bond (META BIOMED CO. LTD) application was done for 10 seconds and cured with LED light curing unit (Guilin Woodpecker Medical Instrument Co. Ltd) for 20 seconds at an average intensity of 540 mW/cm2; Tofflemire matrix band application was done followed by restoration as per the groups as mentioned below:

Group A: with Tetric Evo Ceram Bulkfill (one layer) then cured for 20 seconds at an average intensity of 540 mW/cm2.

Polishing of the restored teeth was done with Super-Snap polishing kit with sequential order for 3 seconds per cone. Each specimen was subjected to compressive loading using a 5 mm diameter steel ball at a rotation speed of 0.6 mm per minute until it fractures (Instron). The steel ball contacted the buccal and lingual cuspal inclines of teeth. The force needed to fracture each group was recorded in KiloNewton.

The difference between the two experimental groups was assessed by Student’s t-test with 95% confidence interval and p ≤0.05.

Dental composites are used in restoration of the teeth because of their excellent adhesion and reasonable stability.4 The resin matrix consists of dimethylacrylate oligomer which is being coupled to the filler particles by the coupling agent. Some of the newly introduced bulk-fill composites use pre-polymer technology and novel light initiator which increases their efficiency. Hence they are claimed to have low shrinkage, low abrasion, faster curing, and good handling property.20 It is even possible to cure and restore a cavity of 4 mm depth without compromising the properties,21 which replaces the traditional method of restoring the cavity layer by layer. Tetric EvoCeram is the bulk-fill composite used in this study as it is claimed to have superior filler technology and uses patented light initiator Ivocerine in addition to camphorquinone.22 The organic matrix consists of BisEMA and UDMA (21 vol%); the filler consists of barium-aluminum-silicate glass (61 vol%), isofiller ytterbium fluoride, and spherical mixed oxide (17 vol%).23 The general advantages of bulk-fill composites are low polymerization shrinkage, the depth of cure of at least 4 mm, and good compressive strength.24,25

Flowable composites are modified conventional composite with reduction in the filler content of 41–53% (vol) compared to 56–70% (vol).26 They are used for restoration of cervical defects, micro-cavities, small Class V, III cavities and for initial layers in other cavities as they could be adapted well.27 They exhibit lower mechanical properties but are 2–3 times more flexible than the universal composites.28 Further, they have better wettability to the tooth surface due to reduction in the volume fraction of filler content.29 However, the low viscosity and increased resin content may lead to high polymerization shrinkage, but in contrast many studies have shown that when used in small thin amounts such as cavity liners, the shrinkage stress is negligible since they do not bridge any axial walls together.30 In this study we have used flowable composite Tetric EvoFlow underneath bulk-fill composite. Tetric EvoFlow is a flowable version of Evo Ceram. Further due to the presence of the patented light initiator Ivocerine, it initiates a faster curing and ensures a longer working time under operatory and ambient light condition. Due to the shrinkage stress reliever, the shrinkage stress that occurs in Tetric Evo-Flow Bulkfill is lower or comparable to that of conventional composite; hence the flowable composite is given as a liner under bulkfill.31

The resin-based composite is a ductile material. The strength of the ductile material is very much important in establishing the maximum stress the restoration can withstand before it undergoes plastic deformation or fracture. We have used Universal Testing Machine to check the fracture resistance of tooth restored with only Bulkfill (Group A) and compared it with tooth restored with flowable composite under Bulkfill (Group B). Since the filler content in flowable is less compared to Bulkfill, it is expected to have less fracture resistance in Group B when compared to Group A, but in the present study, it was found that Group B performed better than Group A. This could be due to the flexibility of the flowable liner that increases the plastic deformation and energy absorption before catastrophic failure. Also the adaptation of flowable composite to tooth and Bulkfill composite is better, helping them to function as monolithic. Hence it increased the fracture resistance of tooth restored with Group B when compared to Group A.