Aim and objective: To evaluate and compare the antimicrobial efficacy of three different intracanal medicaments against Candida albicans by measuring the colony-forming units (CFU) at different time periods.

Materials and methods: Ninety premolar teeth extracted from mandible for orthodontic reasons were collected. The teeth in the experimental groups were decoronated to a standardized length. Canal patency was determined. Cleaning and shaping of the canals were done. Fungal colonies were suspended in 5 mL of Sabouraud Dextrose Broth (SDB) after being isolated for a day. Ten milliliters of fungal suspension of 0.5 McFarland solution was moved into each canal of the laminar flow hood under sterile conditions. Then, the teeth were divided into three investigational groups (n = 30) at random as well as subjected to the following intracanal medicaments: G1–Ca(OH)2, G2–Leder mix paste, G3–silver nanoparticles (SNP). The teeth were then put in sterile well plates, and they were secured with multiple layers of paraffin. After loading the various intracanal medicaments, all groups were redivided haphazardly into three uniform subgroups (n = 10) and then incubated for different time periods at 37°C temperature and 100% humidity.

On SDB agar, a 0.1 mL aliquot of the microbial suspension was plated, respectively. After 24 hours, 7, and 14 days of the incubation period, the number of CFU was assessed with a light microscope (400×) and recorded for groups 1, 2, and 3, respectively.

Results: There was a notable dissimilarity between the groups 1, 2, and 3 (p < 0.01). Group 3 was associated with a decreased amount of CFU at all three different meantime.

Conclusion: SNP alone was significantly better in its antimicrobial efficacy against C. albicans over the period of 24 hours, 7 days, and 14 days.

The major objective of root canal treatment is to attain the decontamination of root canals by the eradication of microbes and prevention of recontamination. In spite of the fact that mechanical instrumentation can decrease microbial colonization, effective decontamination of organisms cannot be attained without the use of antimicrobial root canal medicaments.1 An important consideration in endodontic treatment is the elimination of microorganisms, including fungi, from the complex three-dimensional root canal system.2 Intracanal medicaments are used against endodontic microbial flora. They are proven to be effective against microbes that survive instrumentation and irrigation.3 The predominant fungus in the oral cavity is the Candida albicans, and it is a dimorphic fungus that survives in various morphological forms. The prevalence of C. albicans in the oral cavity is 30 – 40% in healthy adults and 95% in patients with human deficiency virus.4 C. albicans is a resistant pathogen in the root canal with an incidence of 6 – 18%.5

A detailed protocol explaining the purpose and procedures of the study was submitted to the Institutional Ethics Committee, and ethical clearance was obtained. Ninety premolar teeth extracted from the mandible for orthodontic reasons were collected. Periapical radiographs were taken to confirm the lack of calcification, internal resorption, or an extra root canal.

Methodology planned was through the following steps:

The teeth in the experimental groups were decoronated to a standardized length of 15 mm using a diamond disc with water coolant, followed by the determination of canal patency with size 15 K-file, and confirmed by taking intraoral periapical radiograph. Cleaning and shaping of the canals were done with ProTaper Universal rotary file system till size F3 by crown-down technique using X-smart endomotor and handpiece to 1 mm short of the root apex. Irrigation was performed with 5.25% sodium hypochlorite solution with size 27-G open-ended standard tip needle between each file usage and finally irrigated with 17% ethylenediaminetetraacetic acid (EDTA). The prepared root canals were dried with absorbent paper points. The outer surface of the specimens was covered with two layers of varnish, and the apex was secured with self-cure glass ionomer cement. The teeth were then transferred into 2 mL microtubes and autoclaved at 121°C under 15 lbs pressure for 15 minutes.6

Clinical isolates of C. albicans were used as a test microorganism (Fig. 1). After being isolated for 24 hours, fungal colonies were suspended in 5 mL of Sabouraud Dextrose Broth (SDB) and incubated at 37°C for 4 hours. The 90 root specimens were transferred into sterile cell culture well plates (each plate having 24 wells) under sterile conditions. Roots were mounted in the well plates containing 2% sterile agar media that was allowed to solidify so that the root specimens can be stabilized. Each canal of the laminar flow hood received 10 mL of 0.5 McFarland solution of the fungal suspension under sterile conditions using micropipettes (Fig. 2). After injection, each specimen corresponding to the intracanal medicament groups was submerged in SDB, and the tubes were anaerobically incubated at 37°C for 24 hours. Then, the cell culture plates were recapped and sealed with multiple layers of paraffin and incubated for 21 days at 37°C (Fig. 3). Every alternate day, 10 mL of fresh SDB was added to ensure the viability of the fungi.7 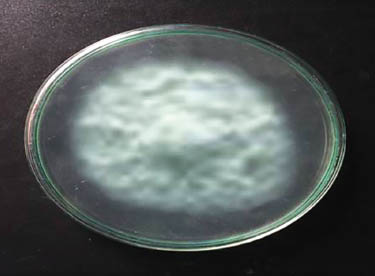 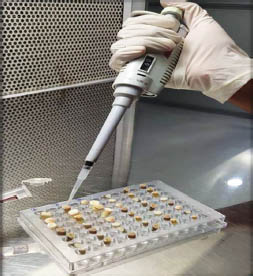 Fig. 2: Ten milliliters of 0.5 McFarland solution of the fungal suspension was transferred into each canal 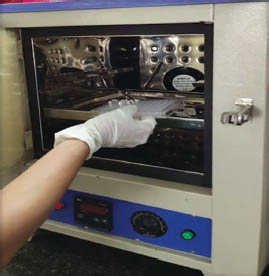 Fig. 3: Each specimen corresponding to the intracanal medicament groups was submerged in SDB, and the tubes were incubated anaerobically at 37°C for 24 hours

The medium in the well plates was aseptically aspirated at the end of the incubation period. The teeth were then divided into three experimental groups (n = 30) at random and subjected to the following intracanal medicaments:

The medications were inserted into the canal with the aid of 3 mL syringe and 27 gauge needle under aseptic conditions in all experimental groups until the canals are totally full. Sterile aluminum foil was used to cover the canal orifices. The teeth were then put in sterile well plates, and several layers of paraffin were used to seal them. Following the loading of the various medicaments, all groups were randomly redivided into three uniform subgroups (n = 10) and then incubated for varying periods of time, i.e., 24 hours, 7, and 14 days with a temperature of 37°C and a humidity of 100%.

Microbiological samples were obtained by inserting a sterile #30 paper point, placing it into the canal for 60 seconds, and then transferring this paper point into the micro test tube containing 1 mL of physiological saline solution and vortex shaking it for 30 seconds. After 24 hours, 7, and 14 days of the incubation period, the number of colony forming units was measured with a light microscope under 400× magnification and recorded for groups 1, 2, and 3, respectively.8

The obtained results were statistically analyzed using SPSS version 18, and the study parameters among the groups at 24 hours, 7, and 14 days were compared using KruskalWallis one way analysis of variance (ANOVA); the statistical significance level was set at p < 0.01.

The most common fungi cultured from failed root canal treatments are C. albicans. Dentin can be used as a source of nutrition by C. albicans because of its collagenolytic activity. This increases its virulence and encourages colonization in the root canal.9 The instrumentation method was same for all of the groups in this analysis. The canals were uniformly instrumented 1 mm shorter than the tip of the apex to ensure proper cleaning of the apical third. EDTA was used to remove the smear layer. By irreversibly oxidizing the hydrosulfuric groups of basic enzymes, sodium hypochlorite disrupts metabolic functions in microorganisms and thus serves as an important root canal irrigant. Until inoculating the root canals with C. albicans, 5.25% sodium hypochlorite was used to make them sterile. And 7–18% cases of persistent apical periodontitis have the prominence of C. albicans. Studies have shown that Candida can tolerate even higher alkalinity compared to Enterococcus faecalis. It is reported to be resistant against calcium hydroxide,10 which is evident in this study, also showing maximum colonies of the species in all three different time intervals. Waltimo et al. stated that calcium hydroxide is the most widely used and researched root canal medicament. Calcium hydroxide has been evaluated since its introduction for its alkaline pH, ionic activity, diffusion through dentinal tubules, influence on apical microleakage, and placement within the root canal. Calcium hydroxide is traditionally prepared by mixing the powder with a liquid and injecting it into the root canal with a needle, root canal instrument, GP, or paper points. To make a paste with Ca(OH)2 powder, use sterile water or glycerin as a vehicle.11 Calcium and hydroxyl ions should be released gradually and slowly by the ideal vehicle.

Hence, intracanal medicament propelled researchers to introduce nanoparticles in the field of endodontics. SNP (AgNP) possess bactericidal activities since they have the ability to bind with proteins and enzymes, thereby interfering with the integrity of the bacterial cell wall.12 Roe et al. have shown that coating of SNP as an antibiofilm agent over catheters increased its potency against bacteria Escherichia coli, Staphylococcus aureus, and the fungi C. albicans.13 In the current study, AgNPs of size 10 nm was used since smaller particles yield greater surface area and heightened antimicrobial properties. Compared to pure silver nitrate, the antimicrobial effectiveness of silver is increased when incorporated in the copolymer. Silver inactivation by nutrient broth or by the microorganisms themselves has been suggested as a cause for this phenomenon.14

The antimicrobial properties of silver have long been established. The use of silver or silver salts as key components to regulate microbial proliferation has grown in popularity in recent years. They are actually used in a wide range of products that we use on a regular basis.15 Medicaments such as Leder mix are able to penetrate the periodontal and periapical tissues by diffusing them into dentinal tubules and cementum. According to Abbott et al., the dentinal tubules were the primary route for active components to reach the periradicular tissues, while the apical foramen was not as essential as a means of supply.16

In root canal therapy, medicaments that combine antibiotics and corticosteroid elements are highly effective. The corticosteroid component reduces periapical inflammation and pain in patient who complains of severe tenderness to percussion after canal instrumentation, while antibiotics have antimicrobial properties. In different parts of the world, an antibiotic/corticosteroid combination (Leder mix) has been widely used as a vital pulp dressing and a root canal medicament in paste and cement types. This study has reported that a significantly reduced number of microbiological colonies were observed on the experimental plates in group 3 (SNP) compared to group 1 (Ca(OH)2) and group 2 (Leder mix) at all the three different time intervals.

Within the study limitations, all three groups were considered to have antimicrobial properties, but the SNP alone was significantly better in its antimicrobial efficacy against C. albicans over the period of 24 hours, 7 days, and 14 days. SNPs in combination with other medicaments will show significantly better efficacy than it is used alone. More studies are required to validate this approach.